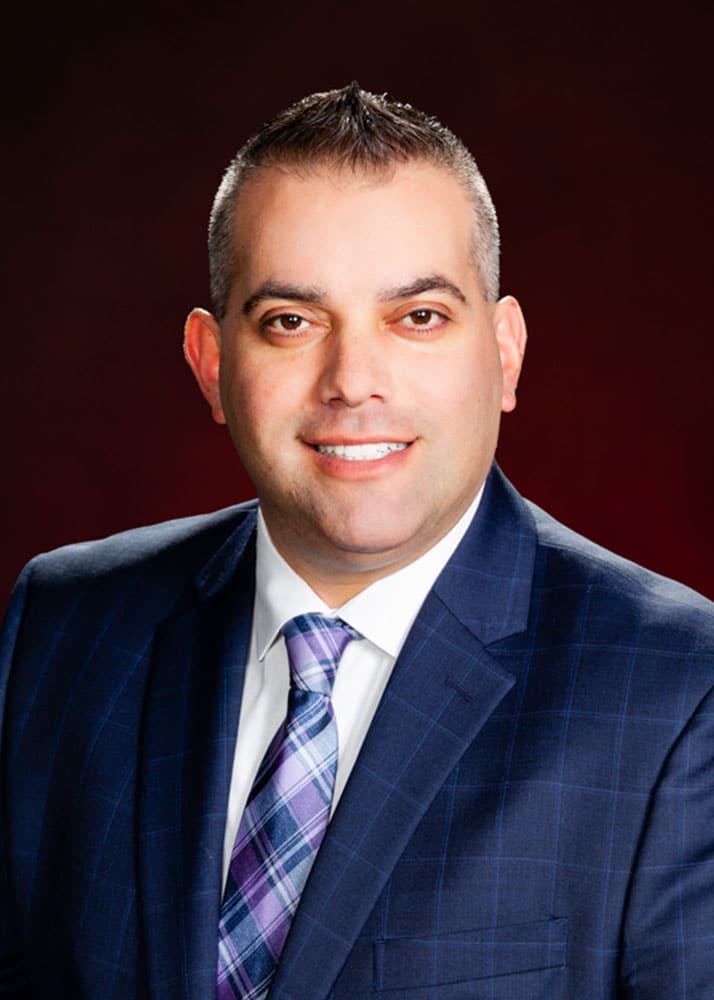 David leads Las Vegas Legal Network client relations department. In this role, he uses his knowledge and experience to assist clients while the network attorneys navigate their cases through the justice system. David is not an attorney but acts as a liaison and advocacy for people that need help.

David is passionate to be there for his clients 24 hours a day, 7 days a week. David wants to make sure he can help alongside his team of network lawyers. David will meet you for coffee, at your home or at the network lawyers office.  David’s mission is to help you get through the justice system and back on your feet.

Helping people in need, David spent the first half of his professional career as a law enforcement officer in both New York, NY, and Henderson, NV. While working as an officer, he honed his crisis management and public relations skills to resolve conflicts to minimize issues on his patrols.

Born and raised in New York, David spent almost four years as a police officer in Brooklyn. He assisted with excavation and lighting during the clean-up phase of 9/11. David visited Nevada when he was 17 and knew that one day he would enjoy the opportunity to live there, and that opportunity came in 2002, when he joined the City of Henderson Police Department. In 2008, David Kohlmeier was appointed by Attorney General Masto to the Nevada Council for the Prevention of Domestic Violence. In addition, he served on the Criminal Justice Committee, where he worked alongside the Attorney General in regards to Domestic Battery issues. David spent 12 years with the Henderson Police Department before beginning his client relations work in criminal defense, personal injury and accidents law firms.

David was voted by his peers to be the Vice President of the Henderson Police Officers Association and was responsible for setting up legal representation for all of their patrol officers. David’s passion was to make sure that every officer had an attorney during a critical incident or internal affairs investigation. David’s goal was to make sure every officer had representation to ensure officers due process. He was a Board Member for several years on the Injured Police Officers Fund, helping officers who were injured and needed help on or off duty.

David’s passion in regards to having representation for any person comes back from his NYPD roots where every officer was represented by a union delegate and attorney. David felt very protected as a young NYPD officer knowing that he had round-the-clock representation. David realized how important it was to have an advocate to fight for you especially when there are false allegations against you. David believes that everyone needs legal representation and you shouldn’t feel guilty for just having someone be your advocate to protect you whether it's a criminal case, personal injury, car accident or even family law case. Everyone should have a lawyer by their side when they have to face challenging times.

David Kohlmeier is not an attorney nor does he give any legal advice. David acts as a liaison between lawyers and clients to make sure JUSTICE is served!

David is also the host to "The Problem Solver Show" which features special guests and other problem solvers that help people. The show is AIRED LIVE Thursdays at 430 pm.  www.theproblemsolvershow.com